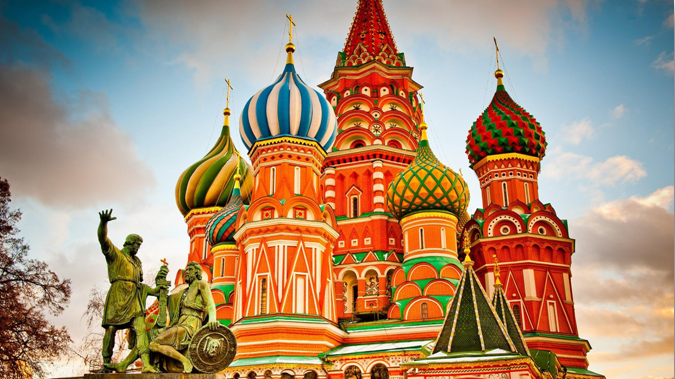 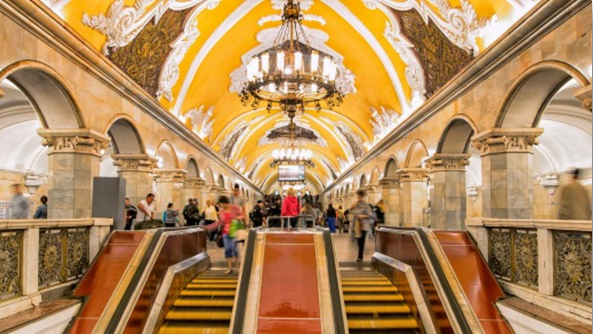 On arrival at Moscow International Airport our driver will take you to your hotel: once arrived you will have time to settle in and explore the surroundings of the hotel. Coming out today as the political and preeminent economic centre of Russia, the city of Moscow was founded in 1147 by the prince Yuri Dolgurukiy. Visitors from all over the world travel to Moscow and take the chance to admire its astounding mix of architectural shapes and styles. Overnight at Moscow

Day 02: Guided city tour of Moscow, visit to the Novodevizy (or Danilov) Monastery, and the Kremlin Grounds

Breakfast at the hotel. City sightseeing tour with stops in Moscow’s top locations: the Red Square, the central square of Moscow and all Russia; the Novodevizy (or Danilov) Monastery; the Bolshoy Theatre, one of the most celebrated and famous temples of classical ballet; Tverskaya Street and Moscow’s financial district, the buzzing heart of the city life; the Boulevard Ring; the panoramic point on the Sparrow Hills, next to the famous Moscow State University (Lomonosov University). Free time for lunch. In the afternoon, visit to the Kremlin (grounds and main cathedral). The Moscow Kremlin is a fortress located in the historic center of the city, on Borovickiy Hill. It is the oldest part of the city and one of the most important artistic and historical complexes in the country. Today the Kremlin is the seat of Russia’s national governmental institutions.Overnight at Moscow

Breakfast at the hotel. On your third day in Moscow you will have the chance to either participate in. The Arbat is one of the oldest streets surviving in the contemporary Moscow, dating back to 15th century. In 17th and 18th century the street became the core of Moscow’s most prestigious living area, the Arbat District: in the following century the Old Arbat would become the residence of choice of the muscovite nobility and his entourage, including some of the city’s most famous artists and academics.Overnight at Moscow

Free time in the morning. Our guide will meet you in the hotel lobby and escort you to the train station. High-speed train to St Petersburg (Sapsan, 2nd class). Upon arrival, our driver will take you to the hotel. St Petersburg, once the opulent capital of the Tsarist Empire conceived and created by the Emperor Peter I the Great, is today regarded as Russia’s foremost cultural and artistic centre and is renowned for its architecture, his charming canals and monumental landmarks: Nevsky Prospekt, the Ostrovskij Square and the statue of Catherine II, the Church of the Saviour on Blood and the Kanzan and St Isaac Cathedrals, the Alexandrinsky Theatre, the Square of the Arts, the Admiralty, The Senate Square and the “Bronze Horseman”, the Field of Mars and the Summer Gardens. Overnight at St Petersburg

Day 05: Guided city tour of St Petersburg, visit to the Cathedral of the Saviour on the spilled blood and the Hermitage State Museum (Entrance optional)

Breakfast at the hotel. City tour of St Petersburg with stops at Saint Isaac’s square, the Church of the Savior on Blood, which was erected on the place where the Tsar Alexander II of Russia had been killed, Art Square, which owes its name to the numerous museums and theaters in the vicinity, the cruiser Aurora, which is now a floating museum, Nevsky Prospekt, the Smolny Cathedral, built and designed by Bartolomeo Rastrelli, and finally, the Field of Mars. Visit of the State Hermitage, one of the most important art collections in the world; the building was originally a part of the imperial palace, the residence of the Romanov dynasty for 2 centuries until 1917, the year of the beginning of the October Revolution.. Overnight at St Petersburg

Breakfast at the hotel. After the check-out our driver will meet you in the lobby and take you to the airport. Departure from St Petersburg to India via Moscow.